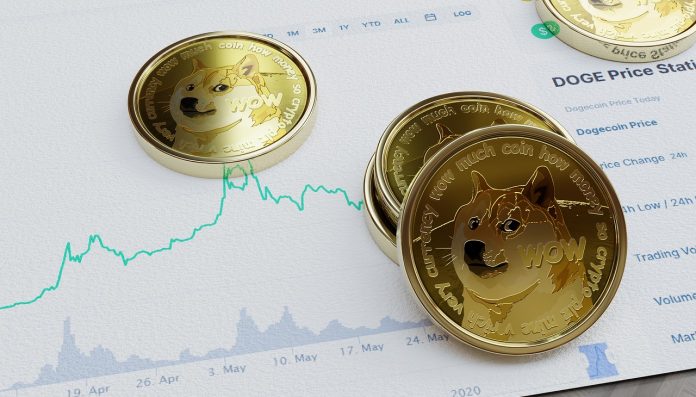 While the most popular meme token is enjoying an influx of new investors, a large portion of DOGE is held by very few people.

More than 8% of all Dogecoin (DOGE) currently in circulation is in the hands of the ten most important dormant addresses, as shown by data from BitInfoCharts.

The blockchain data provider’s chart also shows that the top three dormant addresses currently account for over 6% of the token’s total market capitalization.

The three main dormant addresses have collectively amassed more than 7,8 billion Dogecoin. That’s about $ 2.5 billion at the current price of the Meme token.

The largest dormant address that Dogecoin holds, worth $ 1.6 billion, alone accounts for 3.8% of the token’s market capitalization.

The other two addresses have not recorded any outflows since the beginning of their Dogecoin accumulation.

The second largest dormant address was opened in August 2014. She currently has Dogecoin worth $ 601 million. The third address, on the other hand, which holds a more modest sum of 324 million dollars, dates back to June 2016.

In total, more than 8% of all Dogecoin in circulation is held by the ten main dormant addresses. Together, they account for $ 3.29 billion of the token’s current market capitalization of $ 42.3 billion.

In the meantime, new investors are coming forward – driven by the growing popularity of the token.

Dogecoin newcomers who bought the token in the last six months now hold a quarter of the total supply, “while investors who have held the token for more than two years have reduced their share of the supply from 30% in July 2020 to 20% today,” blockchain data platform Chainalysis said in a recent report.

According to Dogecoin’s exclusive on-chain analysis, the meme token is ” currently being adopted by new investors at levels not seen since the bull market in late 2017, with new investors increasing their share of the offering from 9% in July 2020 to 25% in August 2021.”

Despite the growing interest among new investors, 82% of the offer is held by 535 companies: 106 billion doge. So the distribution of Dogecoin remains unequal.

Which Countries are introducing BTC Next?