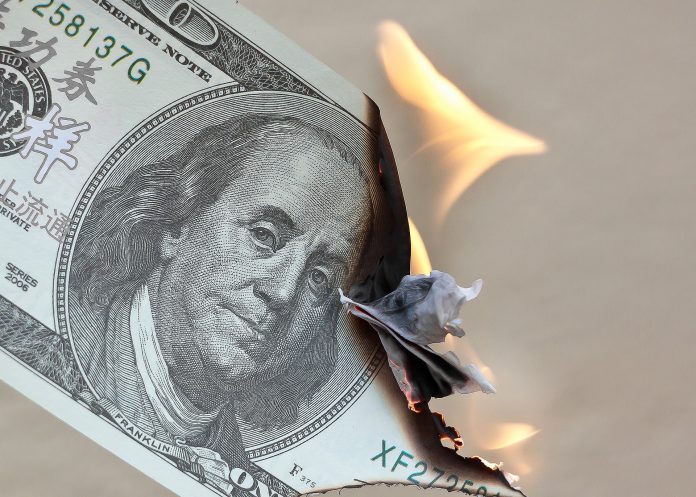 Recently released data shows that the US economy continues to recover from the damage caused by the coronavirus. In addition, the government’s second estimate of GDP for the first quarter remained unchanged at a annualized Rate of 6.4 %.

Further evidence of the strengthening of the US economy was found in the publication of the PCE core price index, published by the Ministry of Commerce on 28 May. The German ifo Business Climate Index, which the mood of more than 9,000 German companies in the areas of production, services and trade, rose to a two-year high in April.

US Consumer Prices rise – Will the Fed stay accommodative?

Recently published data show, that the US economy continues to recover from the damage caused by the coronavirus and weekly first-time applications for unemployment benefits in the week ending May 22 have also fallen to 406,000. A number that the US has not seen since the outbreak of the pandemic. In addition, the government’s second estimate of first quarter GDP (gross Domestic product) return unchanged at an annual rate of 6.4 %.

Further evidence of the strengthening of the US economy was noted in the publication of the PCE Price Index (personal consumption expenditure), published by the Ministry of Commerce on 28 May. This index rose by 3.1% year-on-year in April. The PCE core index is considered the preferred inflation measure of the US Federal Reserve (Fed). Although the increase was above the central Bank’s target of 2%, it was widely expected due to the fall in prices last spring.

For this reason, Fed officials continue to view current inflationary pressure as temporary. A point highlighted by Vice-Chairman Richard Clarida in a recent interview on 25 May.

” This view, coupled with the fact that the US is still a long way from achieving full employment, means that we can probably expect monetary policy to remain accommodative at least until the end of the year ” – Richard Clarida.

Ultimately, the Fed is far more likely to allow inflation to exceed its target than it is to risk a disinflationary environment, as Japan has struggled since the 1990s.

The German ifo Business Climate Index, which measures the sentiment of more than 9,000 German companies in the areas of production, services and trade, is in April to a two-year high.

” The index reached a value of 99.2, which is important, as it indicates increasing optimism about the state of the German economy, which is Europe’s largest ” – Abraham Robison.

The ifo survey is conducted monthly compared to the quarterly GDP figures, it is considered an established leading indicator of German economic development. ” Ultimately, a positive result from this survey is good news for the European economy, ” added Abraham Robison.

Markets look ahead to next US employment report

Referring to recent market developments, Abraham Robison noted that the week of May 24 was largely quiet for equities. Both the Dow Jones Industrial Average and the S & amp; P 500 ® index ended the week on May 28 about 1% higher. Bond markets are also largely tied to bandwidth, he said, noting that the yield on US 10-year bonds ended the week relatively unchanged.

The markets are waiting for the upcoming US jobs report for Maypublished by the Bureau of Labour Statistics on 4 June. The April employment report was a disappointment, so the May figures are an important point of observation for investors.