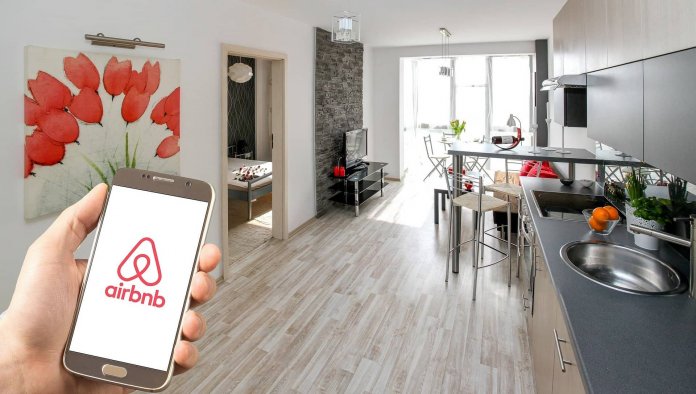 While Airbnb’s revenue increased 5% in the first quarter, its gross booking value increased by 52 %, as more and more customers opted for homes and destinations outside the cities. Over the same period, the net loss of the enterprise has tripled, which is mainly due to the repayment of debts.

Airbnb is not sure whether the recovery will continue to the same extent in the second half of the year. According to Airbnb sales increased by 5% in the first quarter % and this exceeded analysts ‘ estimates, as the rapid pace of vaccinations led to more trips. The Company’s net loss tripled due to debt repayments and restructuring costs.

How Airbnb has evolved

The coronavirus pandemic has Rental activities at Airbnb significantly limited, but business seems to be recovering as vaccines become more widely available and the Governments lifting travel restrictions. The company reported 64.4 million booked nights and experiences Increase of 39% compared to the fourth quarter and a Year-on-year increase of 13 %. Analysts had expected 62.5 million nights and booked experiences.

Booking nights decreased in each quarter of last year compared to the same period last year. The “Gross booking value“, Airbnb’s method of recording host revenue, service fees, cleaning fees and taxes amounted to $ 10.3 billion, a Increase of 52 % compared to the previous year.

The Airbnb’s net loss tripled, since debts were repaid for loans taken out at the beginning of the pandemic and the company after layoffs continue Restructuring charges paid.

The average Daily rate increased 25% quarter-on-quarter to $ 160, which is due to an increase in customers ‘ spending on housing and experiences. Airbnb pointed to the strength of bookings in North America. More homes and locations outside of cities were also booked, all of which tended to bring higher rates. The company stated that 24% of the nights booked were from stays of at least 28 days, compared to 14% in 2019.

” The two trends that I think will pick up again are a recovery in urban traffic and a recovery in cross – border traffic ” – Brian Chesky, CEO of Airbnb

Also, cancellation rates are now lower than in 2020, but remain higher than in 2019, said Dave Stephenson, the company’s chief financial officer.

The company gave a general comment on the coming quarters and said that the adjusted profit margin before interest, taxes and depreciation could be balanced or slightly positive in the second quarter. This margin was -7 in the first quarter % and should be higher in the second half of the year than in the first half of the year, Airbnb said in a letter to shareholders.

“Although lead times for bookings are gradually lengthening compared to the fourth quarter of 2020, growth trends remain limited in the second half of 2021. With the increasing availability of vaccines and the easing of some travel restrictions, guests have a greater willingness to look for and book trips later in the year. This is offset by the difficulty of predicting factors such as future Covid-19 outbreaks or travel restrictions around the world that affect the actual rate at which guests complete their stays – – Airbnb spokesperson

Airbnb reported financials as a public company for the second time after Airbnb’s IPO was conducted in December 202. Airbnb Shares have fallen by around 8% since the beginning of 2021, while the S & amp; P 500 has risen by about 10% over the same period.

Two cheap stocks that could be worthwhile – Coincierge.de

Cardano at All-time High among Top 3 cryptocurrencies: Attack on Ethereum?