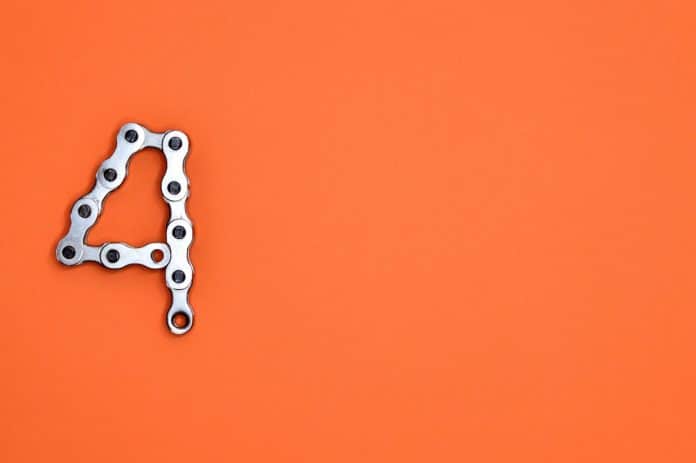 A new altcoin season is in the starting blocks. Top crypto trader Scott Melker reveals the top coins he currently thinks are promising. We present the four cryptocurrencies-including price forecast.

When does the Altcoin season start?

Trader @ MuroCrypto also shares a chart (GRT) on which a cryptocurrency has retreated well below its all-time high but appears to be on the verge of a breakout. He writes to his more than 164,000 Twitter followers: “Let’s make money again”in the fourth quarter. Muro:

In Q4 we make money again.“

With altcoins, there could now be an exciting development-and corresponding profits. But which coins are promising? The popular crypto trader Scott Melker has dedicated himself to this in a new video analysis.

He names four cryptocurrencies that he believes could be worthwhile: Cosmos (ATOM), Avalanche (AVAX), Egold (EGLD) and Sushiswap (SUSHI). What is this? Why does Milker consider them worth mentioning? And what are the price forecasts for the coins?

First coin on Melker’s list is the scalable blockchain network Cosmos (ATOM). ATOM is interesting if the coin can close above 0.000357 BTC. That’s currently $ 15.85. However, the ATOM price has already overtaken Melker’s analysis, because at the moment ATOM is already trading at 18.34 dollars – an increase of 21% within the last 24 hours!

Earlier, Milker had cited a price of $ 17 as an area that ATOM must crack – if successful, it would be “a very clear signal for the start of a new uptrend.” Since ATOM has left the area behind, the Coin Milker is now in a bull phase, according to the report.

But what is Cosmos? Cosmos aims to solve typical problems of the blockchain industry and provide an alternative to “slow, expensive, non-scalable and polluting” proof-of-work protocols. To achieve this goal, the Cosmos network uses numerous parallel blockchains: so-called “zones”. Some zones act as hubs for other zones. This allows different zones to work together and gives Cosmos the ability to interact with other coins and apps. Users can simply create a new zone, connect a blockchain to the Cosmos hub and then exchange coins between the zones.

Milker also finds the Ethereum competitor Avalanche (AVAX) interesting. In his analysis, Milker expects a breakout above $ 21 – AVAX has already succeeded. AVAX rose as much as 40% overnight, currently trading at $ 30.35. Milker comments: If AVAX maintains its breakout above the level, further gains are possible. But what is Avalanche (AVAX)?

Ethereum competitor Avalanche is said to scale better than Ethereum 2.0. Transactions can be completed by AVAX in less than a second, and the blockchain project also offers low fees. The goal of the developers: asset trading should be simpler and merged in the AVAX network. The AVAX token is the native payment method of the Avalanche ecosystem. It is used, among other things, for transaction fees. If users stake their AVAX coins, they can also earn passive income.

Also in the top 4 list of milkers is the blockchain network Elrond (EGLD). True, the coin will consolidate for a while, the trader believes. However, if EGLD can close above 0.003 BTC, that may be confirmation of an outbreak. Say: time to buy. 0.003 BTC is equivalent to 133.18 dollars at current prices – and EGLD is already trading above it at 137.71 dollars at the moment. Milker is now looking at $ 200 as the next target.

Elrond sees itself as a”technology ecosystem for the new Internet”. According to the developers, so-called “adaptive state sharding” improves throughput by 1000 times compared to previous blockchain iterations. This should be achieved by processing transactions not in succession, but in parallel. The high speed is also mentioned as a unique selling point of Elrond.

Last altcoin on Melker’s favorites list is the decentralized exchange SushiSwap (SUSHI). According to the top analyst, a breakout could be confirmed once SUSHI rises above 0,000279 BTC in the Bitcoin pair. At current prices, this corresponds to the equivalent of $ 12.36. By comparison, SUSHI is currently trading at $ 12.78, just above the critical limit. According to Milker, a doubling of value is possible from here.

SushiSwap (SUSHI) is a so – called automated market maker (AMM) – like the popular decentralized crypto exchange Uniswap. Users can trade cryptocurrencies directly and decentrally with each other on SushiSwap – without a middleman being involved. SushiSwap was launched in September 2020 as a fork of Uniswap. The DEX wants to diversify the AMM market and offer users more features than Uniswap (for example, higher rewards for network participants via the native SUSHI token).