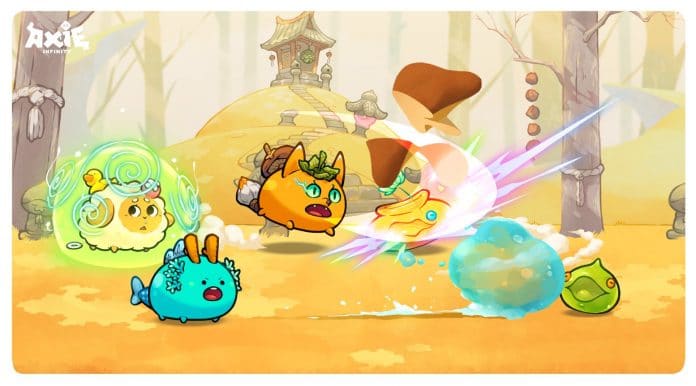 The success of Axie Infinity( AXS) does not ebb: the Ethereum-based NFT game Axie Infinity has crossed the $ 1 billion mark, according to data from CryptoSlam! show. First, a fifth of Axie Infinity’s sales took place last week.

The milestone is the latest evidence that the blockchain game launched in 2018 has truly gone viral this summer. Nearly a fifth of Axie Infinity’s sales took place last week – and three-quarters were completed last month.

Axie Infinity is the first NFT game to exceed $ 1 billion in revenue. The next highest-grossing game is NBA Top Shot. This is the basketball trading card game that runs on the Flow blockchain and has generated $ 675 million in revenue. Then comes the Ethereum-based CryptoPunks with $ 657 million.

What is Axie Infinity?

Removing the blockchain from Axie Infinity, the game plays like a simple monster battler. Axies have different values that determine their fate in battles with other players-just like Pokémon.

The inclusion of cryptocurrencies makes the game much more lucrative than Pokémon, giving players an incentive to spend money and – with a little luck – also earn.

However, cryptocurrencies also make Axie Infinity (here to our AXS forecast) incredibly expensive. While a new Pokémon game costs well under $ 60 for a more than 100-hour experience, a single Axie Infinity monster costs a few hundred dollars. Even a green shrub costs 60 dollars.

However, unlike Pokémon monsters, players are free to sell their Axie Infinity tokens on secondary markets-and given today’s $ 1 billion milestone, they obviously do. Developer Sky Mavis calls the model “play to earn”.

Sky Mavis has also established a decentralized market for 90,601 virtual plots where players can build their operations, collect resources, and craft items. Land is often sold for well over $ 10,000 – although most game features for land have not yet been implemented.

Terra (LUNA) price is rising rapidly: 68 percent plus in a week – still...