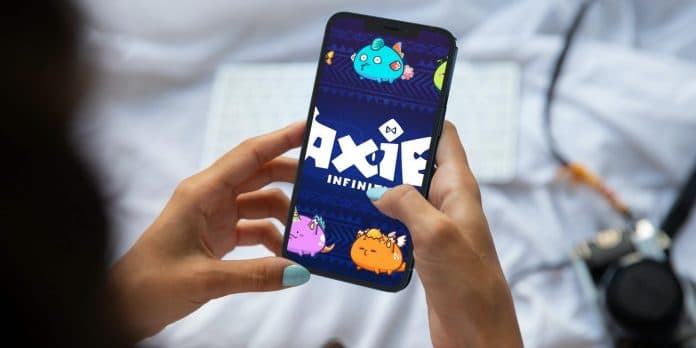 Axie Infinity (AXS) was able to achieve an increase of 34.99 percent within the last 24 hours. The game, which is based on the Ethereum blockchain, has already made headlines in recent months. While the all-time high of July 15 at $ 28.61 has not been reached, Axie Infinity is in a strong uptrend. Is it worth investing?

Axie Infinity as surprise hit of the last weeks

In recent weeks, Axie Infinity (AXS) has already been able to gain more and more value. However, after hitting an all-time high of $ 28.61 on July 15, the coin plummeted to $ 15.07 on July 20. The reason for this is the currently highly volatile crypto market. Nevertheless, the course of Axie Infinity (AXS) was able to correct itself very quickly. Yesterday’s price level of $ 18 to $ 19 was broken.

As previously reported, experts assume that there is still a lot of room for improvement. Full-time trader DaanCrypto also announced on Twitter on July 15 that Axie will definitely stay for a long time. Other popular traders agree. Should the uptrend now continue, the previous all-time high could soon be reached.

Axie Infinity (AXS) – what’s behind it?

Axie Infinity is a blockchain-based trading and fighting game partially owned and operated by its players. Inspired by popular games like Pokémon and Tamagotchi, Axie Infinity allows players to collect, breed, raise, fight and trade token-based creatures known as Axies.

These axies can take various forms, and there are more than 500 different body parts available, including aquatic, animal, bird, beetle, plant, and reptile parts. Parts of each type class come in four different rarity scales: common, rare, extremely rare, and legendary – and axies can have any combination of body parts, making them highly variable and often rare and unique.

How does Axie Infinity work?

Each Axie is a non-fungible token (NFT) with different attributes and strengths, and can participate in 3v3 battles, with the winning team gaining more experience points that are used to improve an Axie’s stats or develop their body parts. These axies can be bred together to produce new and unique offspring that can be used or sold on the Axie marketplace.

The Axie Infinity ecosystem also has its own unique governance token, known as Axie Infinity Shards (AXS). These are used to participate in key governance votes and give holders a say in how Axie Community Treasury funds are spent.

Buy Axie Infinity (AXS) – is it worth getting started?

Axie Infinity (AXS) is one of the surprise hits of the past two months. Although the coin fell to $ 15.07 in the short term on July 20, it was able to correct its price again. Should the adoption and popularity around the blockchain-based game continue to rise, AXS ‘ price could overshoot the previous all-time high.

Bear market or bull market: Where does Bitcoin’s journey go in 2021?