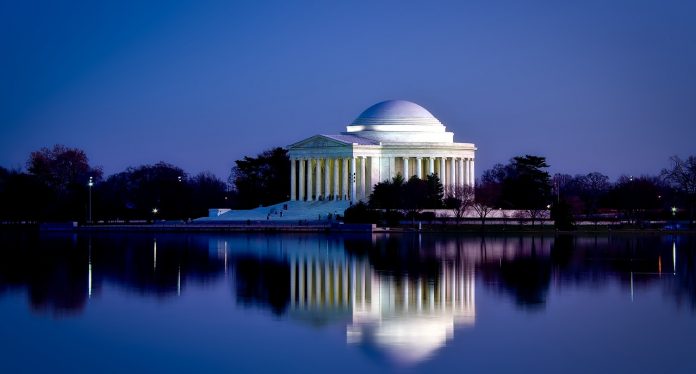 President Joe Biden on Friday signed an executive order aimed at promoting competition throughout the US economy. This includes measures aimed at large technology companies.

“The heart of American capitalism is a simple idea: open and fair competition. Capitalism without competition is not capitalism. It’s exploitation. Without healthy competition, big players can change and demand what they want […] and for too many Americans, that means accepting a bad deal for things […].”- Joe Biden, just before he signed the new regulation

The regulation includes 72 initiatives from more than a dozen federal agencies and establishes a White House Competition Council to monitor the agencies ‘ progress.

How does the regulation affect labour markets

Biden is calling on the Federal Trade Commission to ban or restrict bans that discourage workers from leaving their employer for positions at competing companies. Critics argue that the agreements could lower wages. Biden dagen is convinced that if someone offers you a better job, you should be able to take it.

The order will also encourage the FTC to ban” unnecessary “work permit requirements that”impede economic mobility.” Biden also calls on the FTC and the Justice Department to strengthen antitrust guidelines to prevent employers from working together to reduce wages or cut benefits.

The government argues that these measures will help increase wages and make it easier for workers to change jobs.

The U.S. Chamber of Commerce has criticized the implementing regulation in a statement, saying that the regulation is “based on the false belief that our economy is over-concentrated and stagnant and does not generate private investment necessary to promote innovation.”

“Our economy needs both large and small businesses to thrive and not the dictates of a centralized government. In many industries, the size of companies is important not only to be competitive, but also to justify massive investments. Larger companies are strong partners that also facilitate the growth of smaller companies” – Neil Bradley, Executive Vice President and Chief Policy Officer of the Chamber of Commerce

How does the regulation affect technology companies

The White House wants to take action against large technology companies, arguing that they collect too much information about consumers, buy potential competitors and compete unfairly with small businesses.

“Over the past 10 years, the largest technology platforms have acquired hundreds of companies – including alleged” killer acquisitions ” designed to eliminate a potential competitive threat. Too often, federal agencies have not blocked, conditioned or hindered this. These acquisitions examined ” – wrote the White House in a factsheet.

“The power of the big platforms gives them unfair opportunities to stay ahead of the small businesses that rely on them to reach customers,” the factsheet says.

How does the regulation affect health care

The President also directs federal authorities to take steps to: Lowering drug prices for consumers to undertake. The order calls on authorities to work with other states to import prescription drugs from Canada and increase support for generic drugs.

The Ministry of Health and Social Welfare must publish a plan to combat high prices and price gouging within 45 days. Within 120 days, HHS should issue proposed rules that allow the sale of hearing aids over-the-counter. The agency also has the task of standardizing tariff options in the National Health Insurance Marketplace to facilitate comparison business.

The administration notes that due to the consolidation of hospitals, many rural communities do not have opportunities for convenient health care. Biden is asking the Justice Department and the FTC to review their merger guidelines.

How does the regulation affect transport 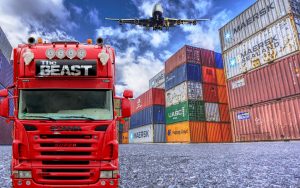 The White House argues that “insufficient competition” has reduced the incentives for airlines to provide good service. In response, the president directs the Department of Transportation to issue regulations requiring airlines to refund consumer fees if their baggage is delayed or the plane’s Wi-Fi does not work. DOT estimates that airlines delivered at least 2.3 million checked bags late in 2019.

The DOT also has the task of issuing regulations that require clear disclosure of fees to customers.

The authorities will also crack down on railways and seagoing vessels to reduce the cost of transporting goods.

“Many American companies rely on railroads to ship their goods domestically, and ocean carriers to ship their goods internationally. Both industries have become more concentrated over time. This concentration has contributed to an increase in shipping costs and fees during the pandemic. For example, the index price for shipping a container has increased eightfold.”- Psaki

How does the regulation affect agriculture

The implementing regulation also instructs the USDA to take steps to strengthen farmers, facilitate their access to markets, and compete with large companies.

“The markets for seeds, equipment, feed and fertilizers are now dominated by only a few large companies, which means that family farmers and ranchers now have to pay more for these inputs. For example, only four companies control most of the world’s seeds, and corn seed prices have risen by up to 30% annually. Consolidation also limits the opportunities for farmers and ranchers to sell their products” – factsheet.

The order also encourages the FTC to stop large equipment manufacturers from preventing farmers from repairing their own tractors.

How does the regulation affect Internet services

Biden encourages the Federal Communications Commission to take action to reduce the cost of Internet services and provide more opportunities for consumers.

The order asks the FCC:

How does the regulation affect: bank and consumer financing

The White House is also calling for greater scrutiny of bank mergers and further calls for the DOJ and financial regulators to update their policies.

“Excessive consolidation increases costs for consumers, limits lending to small businesses and harms low-income communities. Closing branches can reduce lending to small businesses by about 10% and lead to higher interest rates. Even if a customer has multiple options, it’s difficult to switch banks, partly because customers can’t simply move their financial transaction history data to a new bank.” – Fact sheet.

The regulation encourages the CFPB to adopt rules that allow customers to download their bank details and take them elsewhere.

Why all factors now speak for profits