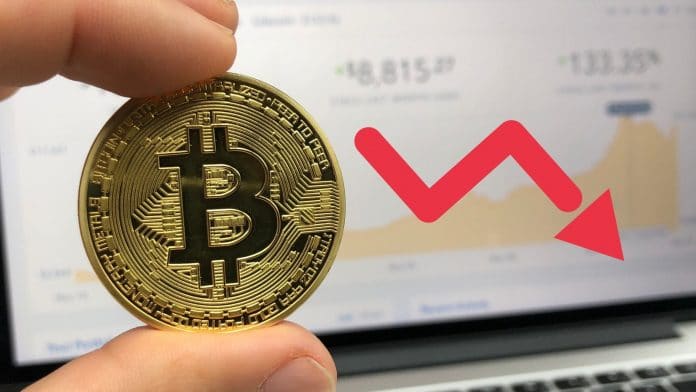 Bitcoin (BTC) has hit its new low since June 22, bringing the cryptocurrency below the $ 30,000 mark for the first time. The Bitcoin price traded at $ 29,703 on Tuesday morning-a drop of -6,53% from the previous day. After the big crypto crash at the end of May 2021, most cryptocurrencies were able to recover, but the Bitcoin has fluctuated very strongly since then. This low was last reached on 22 June.

The Bitcoin price was last in a sideways movement, but has fallen by -6,53% in the last 24 hours. For the first time since June 22, the Bitcoin price fell below the $ 30,000 mark. The previous all-time high was reached on April 14,2021 with 64.748, 91 US dollars, since then Bitcoin has to fight with the infrastructure around cryptocurrencies as well as regulations around its mining centers.

Even if there was good news for Bitcoin in the meantime, when El Salvador announced that it would introduce Bitcoin as an official means of payment, it still did not come to the hoped trend reversal. Since the crypto crash at the end of May 2021, the price of Bitcoin has been between $ 28,000 and $ 42,000. Nevertheless, the price fell below the $ 30,000 mark only once, on June 22, which is now causing headaches for many investors.

Bitcoin’s crash was predictable, as even experts like Robert Kiyosaki expected the biggest crash ever. Also star investor Michael Burry had recently announced on Twitter his predictions for a total crash of cryptocurrencies. However, it is believed that Bitcoin will collapse to a maximum of $ 24,000 before the next rally starts again.

Buy Bitcoin: Is it worth getting started now?

Analysts assume that the price of Bitcoin must really fluctuate again before it can move up again. Although the current sell – off points to a total collapse, there is still no talk of it. For Bitcoin, it currently means that you can get in relatively cheaply.

From November, the Taproot upgrade will be rolled out, which could drive the price of Bitcoin up again. Experts expect prices to rise above the $ 100,000 mark. At the moment, however, it remains to be seen whether there will be a total crash or not. However, those who want to get into Bitcoin cheaply and believe in recovery could now do so.