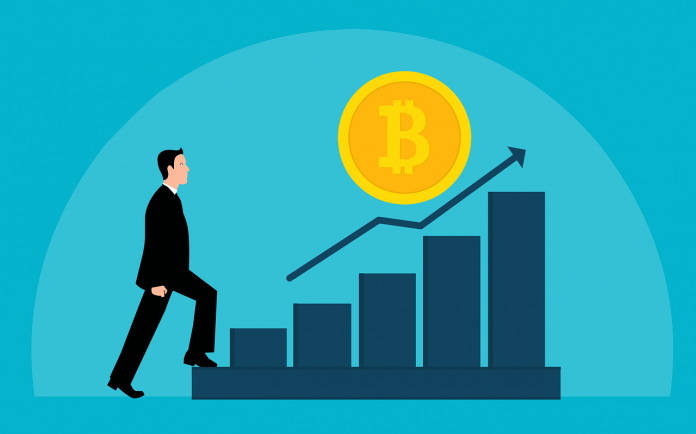 The Bitcoin price has been experiencing a drop below $ 46,000 again for several hours. However, the fundamental growth of cryptocurrency number 1 is progressing, because the network is experiencing a rapidly growing number of users.

“Growing faster than ever”

The Bitcoin price still faces strong resistance at $ 46,700. Touching the range, BTC was strongly rejected yesterday, pulled back as a result, and is currently trading at $ 45,317 – a good chunk below recent local highs. If the coin fails to stabilize above $ 46,500, further losses could be possible.

According to the pseudonymous top trader Pentoshi, Bitcoin will have to leave $ 48,000 behind to trigger the next stage of the bull run. BTC seems a long way from that at the moment – but an on-chain metric illustrates how sustainable Bitcoin’s current run actually is.

This is what the popular Bitcoin analyst Willy Woo (@Wonomic) is currently pointing out on Twitter. Woo, who predicts a Bitcoin price of at least $ 157,000 this cycle based on his calculations, writes:

“The number of users of the Bitcoin network is growing faster than ever before.

Off-chain users on the exchanges are not included. These, Woo said, would normally be three times higher.

Users on the Bitcoin network are now growing at its fastest rate ever.

Does not include off-chain users on exchanges which typically sees up to 3x this number. pic.twitter.com/pcTf2gWWfb

This is bullish, as the expert explains, because: It is like bringing in every two months all the citizens of a country the size of El Salvador.

“This corresponds to the admission of a country the size of El Salvador every 2 months.“

This is the equivalent of onboarding a country the size of El Salvador every 2 months. 🔥

Crypto strategist Dan Held adds: 1.2 million new Bitcoin users-that may be just as many as have been added in the entire 2013-2014 cycle. That means: The crypto industry is growing much faster than in previous bull runs. The crypto exchange Coinbase also confirms this in its report for the 2nd quarter of 2021: According to it, the exchange recorded 12 million new users in the period in question. Far more than originally expected.

That being said, there is currently great confidence among most crypto investors and analysts that Bitcoin will still reach its previous all-time high above $ 64,000 in 2021 and then leave it behind. Thus, a survey of the pseudonymous altcoin trader @AltcoinSherpa among 2,753 participants revealed: Currently (time of this article) 77,7% expect new highs this year. Only 22,3% no longer believe that Bitcoin will rise parabolically in the next few months.

Shares can be traded on the Solana blockchain