The ChainLink cryptocurrency has not only recorded a strong uptrend with the start of Bitcoin’s bull cycle last fall. Already in the summer of 2020, investors of LINK/USD could look forward to considerable price gains. If the altcoin was still available for about $ 1.50 in March 2020, the price increased to around $ 20 in the peak until August. This corresponds to growth of more than 1,200 percent within a few months.

Thanks to its considerable growth, the LINK token was even briefly among the 5 most valuable cryptocurrencies by market capitalization last summer. However, ChainLink has now fallen out of the top 10 again and growth in the bull cycle between September 2020 and May 2021 was significantly lower than many other altcoins.

After the significant corrections of the past weeks, LINK / USD is currently available at a market price of about 28 dollars per token. That’s a 46 percent drop from the highest price in May. Is this a good time for investors to buy ChainLink? Or is even cheaper prices to be expected? A market assessment and price forecast for 2021 and the future.

The ChainLink project was launched in September 2017 as an ICO and raised $ 32 million. The network based on the Ethereum blockchain has set itself the goal of creating a link between data from real-world participants and so-called smart contracts within the blockchain.

The smart contracts are used to automatically execute transactions on the blockchain under certain conditions and to save time and effort for the participants in the network.

However, smart contracts only work if there is reliable information that the terms of a contract have been fulfilled by the participants. Especially when it comes to sensitive data or large financial transactions, this trustworthiness is essential for the benefit of smart contracts.

This is where ChainLink’s Oracle network comes in. It provides these trusted sources (called Oracle) for various smart contract use cases. Only sources are made available that have been previously found by the participants in the ChainLink network and checked for their quality and authenticity. This is a kind of seal of approval for smart contracts that can be used by various blockchains such as Ethereum.

Due to its specific application purpose and the potential of a broad mass adaptation, experts estimate that the ChainLink network could still have great growth opportunities.

This could also benefit the price development of the associated altcoin LINK/USD. LINK is the internal currency used as a means of payment in the Oracle network. Because the information provided for the smart contracts is not free. Any retrieval of such information must be remunerated by the user in the form of LINK tokens.

What are the reasons for LINK/USD’s price potential?

As already mentioned, the project behind the LINK token has a very practical, widely usable and scalable application purpose. Thus, LINK clearly borders on many other cryptocurrencies, which either differ little from Bitcoin or Ethereum in their orientation or have no real purpose, such as the fun token Dogecoin.

As many blockchains such as the Ethereum network continue to evolve and trusted automation of transactions with the help of smart contracts becomes increasingly important, ChainLink occupies an important spectrum in the field of digital currency trading and is considered the leader in the crypto universe in the field of Oracle networks.

ChainLink is therefore not only attracting attention among retail investors, but it is also increasingly institutional investors who recognize the potential of Chainlink and the price opportunities of LINK/USD. For example, the renowned crypto asset manager Grayscale recently announced that it will also consider ChainLink in the future.

ANNOUNCEMENT: 5 new products have been added to the @Grayscale line up! 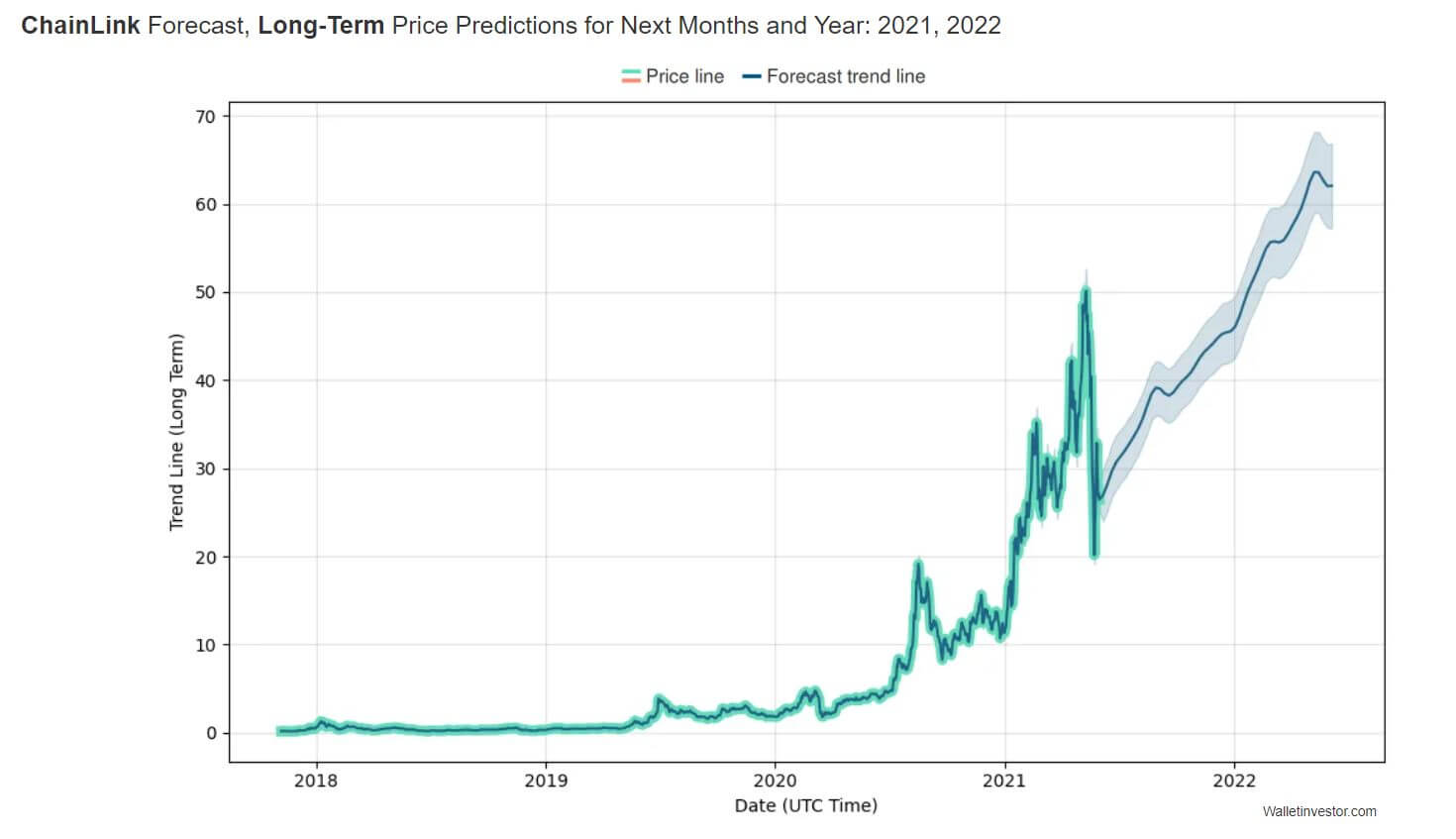 Which LINK/USD rate is possible in the future?

A look at the near-term price trend shows that the altcoin has failed to break through the important resistance in the $ 33 range, which could clear the way for higher prices.

Instead, LINK / USD, like the entire crypto market, has been in a clear correction again since yesterday, so further reset must be expected in the short term. The next important support zone is in the area of $ 25. If this does not hold, however, a correction to the next support zones at 22 or 20 dollars is also possible.

In the worst-case scenario, LINK / USD could fall as low as $ 15 over the next few days. Here is the bottom of the correction of May 23. If LINK / USD manages to form a double bottom in this area, this could be a bullish price scenario that offers an attractive entry price. 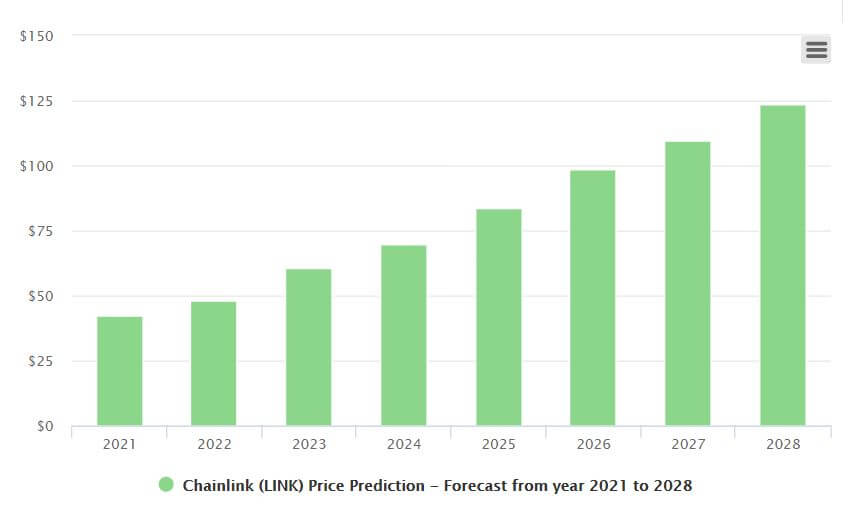 A clearly bullish forecast for the price development of LINK/USD is given by the analysts of Wallet Investor. They expect ChainLink to rise significantly again after the recent correction and climb back into the range of the all-time high above $ 50 by the end of the year. For 2022, market observers also consider prices above $ 60 possible.

Similarly optimistic are the expectations of digitalcoinprice.com.While they do not expect a price of more than $ 60 until 2023, LINK/USD are confident of further price jumps in the following years. So, analysts believe that LINK / USD can even crack the magic mark of $ 100 by 2027.

Coin Price Forecast, however, already trusts LINK / USD to jump over 100 dollars in 2024 and expects prices in the range of 150 dollars by 2030. This would almost triple the current all-time high.