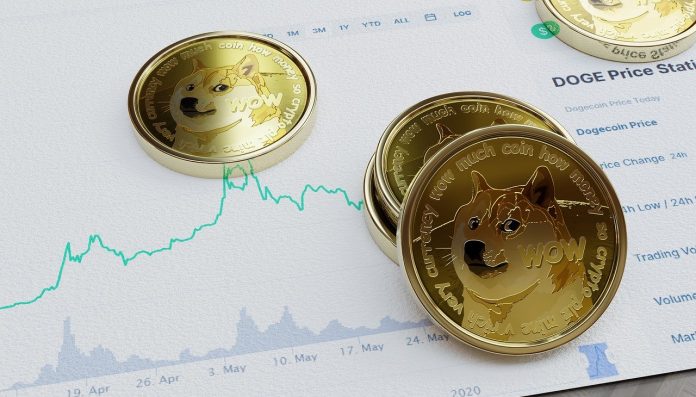 Dogecoin (DOGE) and Shiba Inu (SHIB) appear to be bearing the brunt of recent price crashes in the crypto market. Trading volume has reportedly fallen over 40% in the past month. Figures from top exchanges show: the volume traded in June was significantly lower than in May. Prices follow the example of Bitcoin, which eventually fell to the $28,000 threshold in the same month (before then rising again to rise above $ 30,000).

Despite the recovery, the damage seemed to have already been done. The market, which was in a two-month recovery period, continued to suffer price falls. The number 2 coin Ethereum also fell below $2,000. Meme coins were not exempt from the carnage either-on the contrary, they suffer the most losses as the sell-off continues.

Of course, the question arises: Why does it hit the meme coins so hard? While top coins “only” fall in the single-digit and low double-digit range, meme coins have experienced medium to high double-digit dips.

Why do meme coins suffer the most?

A good starting point would be to look at the growth of meme coins compared to other coins. Meme coins have so far surpassed most other coins in terms of short-term growth. It only makes sense that more people are selling their coins to take away the massive profits they have earned.

Coins like Dogecoin and Shiba Inu have seen incredible growth in less than a year. Dogecoin started the year at $0.01 and is now traded for $0.1947.

The highly volatile nature of these coins also makes them vulnerable to wild movements. This is a good thing when it comes to the price of the coins going up. But it can also go the other way when the price goes down.

If the price of meme coins rises, it also means that they get into overpriced territory pretty quickly. And so they tend to experience sharper and tougher price corrections in a shorter period of time.

A report from CryptoCompare shows that trading volumes have fallen across the board. Exchanges posted massive trading volume losses in June. The prices of meme coins have seen further falls. Dogecoin is currently down more than 10% in the past week.

These low volumes have been attributed to the falling prices of the coins and the low volatility that currently prevails in the market. In addition,: There is currently a constant fear that the entire crypto market will turn into a bear market. For some people, the bear is even already here – investors just have to catch up.

We Desperately Need Balance of Power in the Mining Space

Fan tokens for football fans: is it worth it?