No other cryptocurrency on the market has seen such phenomenal development in this bull cycle as Dogecoin. What was originally developed as a fun token and parody of the Bitcoin has turned out to be an unexpected windfall for early investors of DOGE / USD.

The share price has literally exploded and is trading at the time of publication an incredible 16,200 percent above the previous year’s level. If there was a token to buy a year ago for 0.0025 cents, DOGE/USD currently costs around 0.415 dollars. In the top, the cryptocurrency even reached almost 75 dollar cents in May.

But what does this mean for those interested in investing in the crypto market? Is the DOGE price completely over-hyped and a strong price correction to be expected? Or can the altcoin continue its incredible rally and potentially rise above $ 1 in 2021? A market assessment.

What distinguishes the cryptocurrency DOGE?

The Dogecoin was developed in 2013 by two programmers from IBM and Adobe. However, they did not want to create serious competition to Bitcoin in the process. The two also did not have a real application purpose for the benefit of the cryptocurrency in mind.

Rather, the Dogecoin was intended as a statement. A statement against what they see as the crazy price development of Bitcoin and the flood of new cryptocurrencies that came onto the market every day. 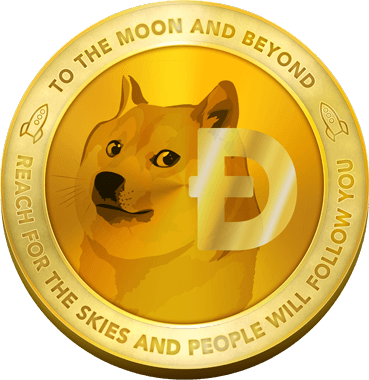 The name Dogecoin goes back to the Internet phenomenon Doge. The motive of the meme, which quickly spread on the Internet in 2013, is the Japanese breed of dogs Shiba and English snippets of text such as “such”, “many”, “very”, “so” and “wow”.

At the technological level, Dogecoin, like Bitcoin or Litecoin, uses the proof-of-work consensus mechanism when creating new blocks. However, a big difference is the number of tokens produced and in circulation. With Bitcoin, these are clearly limited to 21 million tokens by the white paper of Satoshi Nakamoto and BTC/USD works as an investment by its limited number alone.

The Dogecoin, on the other hand, takes a completely different approach. Thus, already in the conception of the cryptocurrency 100 billion tokens were set as a limit. However, this limit was removed by the developers in 2014, allowing an unlimited number of tokens to enter circulation. Nevertheless, the inflation rate of Dogecoin decreases over time, as the same amount of tokens should be added every year.

How could the Dogecoin gain so massively in value?

With fundamental data, the rise of Dogecoin to the current fifth largest cryptocurrency by market capitalization cannot be explained. An application purpose, which justifies the immense price increase, is not recognizable. Even the developers themselves see it that way.

Just a year later, the market value grew to more than 60 million dollars and Dogecoin rose to the top 5 cryptocurrencies in the world in 2014. The rapid increase was due in particular to a very large fan community around the project from the beginning, which is still one of the greatest strengths of Dogecoin today.

For example, in 2014, the community raised about $ 30,000 in Dogecoin to support the bobsleigh team of Jamaica in a start at the Olympics.

In the next few years, the price development of Dogecoin was still relatively quiet. DOGE/USD reached another peak in the bull market in 2017/2018 when the price in the top climbed to just 0.02 dollars.

Found this pic of me as a child pic.twitter.com/hUEKluRAdP

But the meteoric rise only began this year. The main person responsible for this is a single man: Elon Musk. Through Twitter, Musk shows his followers in regular tweets that he is a big fan of the Dogecoin. For example, he announced that he had bought Dogecoin for his son and even fueled rumors that Dogecoin could be a possible means of payment for Tesla after the means of payment Bitcoin was surprisingly stopped due to its energy balance shortly after the introduction.

Almost with each of his tweets, Musk gives the Dogecoin a new price impulse. Meanwhile, other celebrities have jumped on the bandwagon and are also showing up on Twitter as Dogecoin fans.

The enormous increase in the value of Dogecoin has led to the fact that well-known analysts are now also talking about the cryptocurrency, although all experts should actually be aware that nothing has changed in the fundamental data of Dogecoin.

Crypto exchanges are also pushing Dogecoin trading. Just yesterday, the platform Coinbase announced the listing of Dogecoin on Coinbase Pro and gave DOGE / USD a value increase of more than 50 percent within one trading day. 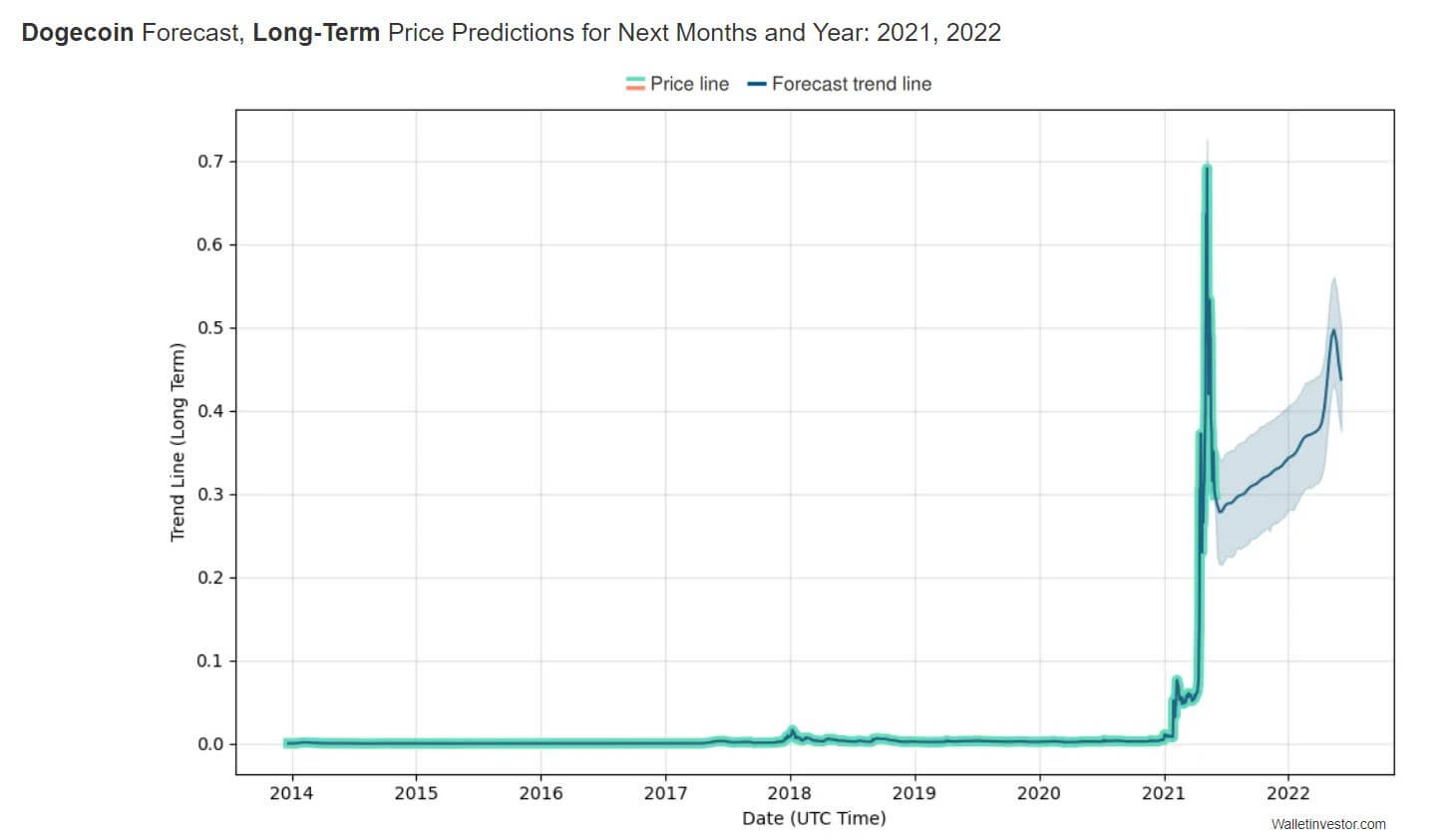 What course for DOGE is possible in the future?

The price development of DOGE / USD shows that although hardly any cryptocurrency has such growth rates, hardly any altcoin is as volatile as Dogecoin.

Traders can make a lot of money on DOGE / USD, but also quickly suffer a total loss. Because the course is very unpredictable and the technical analysis quickly reaches its limits. If a single tweet from a celebrity can have such a massive impact on price direction, investors should be very careful.

That is why many analysts continue to value Dogecoin as an object of speculation and less than serious investment.

Accordingly, the market observers of Wallet Investor expect that Dogecoin will not rise above the recent all-time high for the foreseeable future, but will rise again somewhat compared to the last correction until 2022.

Optimistic to the evaluation of digitalcoinprice.com falls. They trust the altcoin to climb above $ 1 by 2024 and even break the $ 2 mark in the long run.

QNT explodes! But is it still worth getting started?