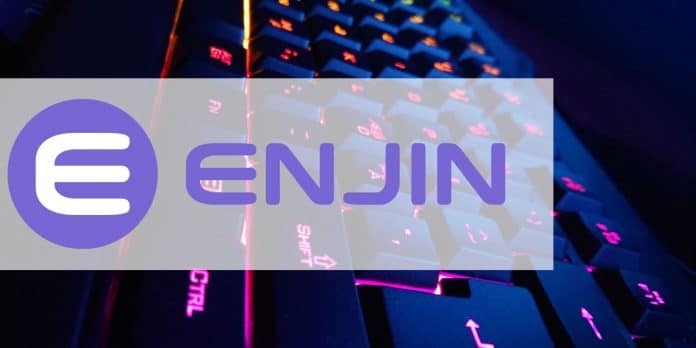 Enjin Coin is a cryptocurrency that has created a remarkable place for itself in the crypto market. By focusing on NFTs (non-fungible tokens), ENJ has gained popularity. Despite substantial gains, the coin is currently in a massive downtrend caused by the ongoing turmoil in the broader cryptocurrency market. Yesterday, the coin plummeted to $ 0.976, but recovered to $ 1.11 within the last 24 hours. What’s next?

Enjin Coin has shown high volatility this month. Until yesterday, every effort had been made to maintain the value above the 1 US dollar mark. Nevertheless, the coin plunged from Monday to Tuesday to $ 0.976. Since the entire cryptocurrency market is currently in turbulent times, it is not surprising that Enjin Coin also has to take losses away.

Surprisingly, however, there has been a renewed rise in the price of the cryptocurrency within the last few hours. Since Tuesday, Enjin Coin has now recovered and is currently trading at $ 1.11. This means a price increase of around 12.65% within the last 24 hours. This could now lead to a strong uptrend from traders looking to buy and leverage as prices rise.

Enjin Coin (ENJ) as the first cryptocurrency in the gaming sector

Enjin Coin has already made headlines in the past, as it is the first cryptocurrency to be used in the gaming sector. Cryptocurrency has encouraged innovation in the industry by changing the gaming industry. Enjin Coin is an Ethereum-based chross-chain gaming project by Enjin. This aims to integrate online games with decentralized technologies.

Enjin was founded back in 2009 with the goal of connecting blockchain technology with the gaming industry. Enjin Network is a social gaming platform that allows users to create clans, chat and purchase virtual items. The blockchain gaming platform now has over 20 million active users.

Despite the collapse of Enjin Coin, many investors are sure that the coin will gain a lot of popularity in the next few years. Enjin Coin has a high growth potential-accordingly, the price forecasts for the coming years are also missing:

The value of ENJ has increased significantly in 2021, and its popularity has increased significantly over the year. Its blockchain network is stable and there is a great team of developers behind it, making it a recital worthy token. Although the cryptocurrency market is currently highly volatile, but after Enjin Coin was able to recover after falling below the $ 1 mark, there may now be a strong upward trend for the coin again.

This last area must crack BTC