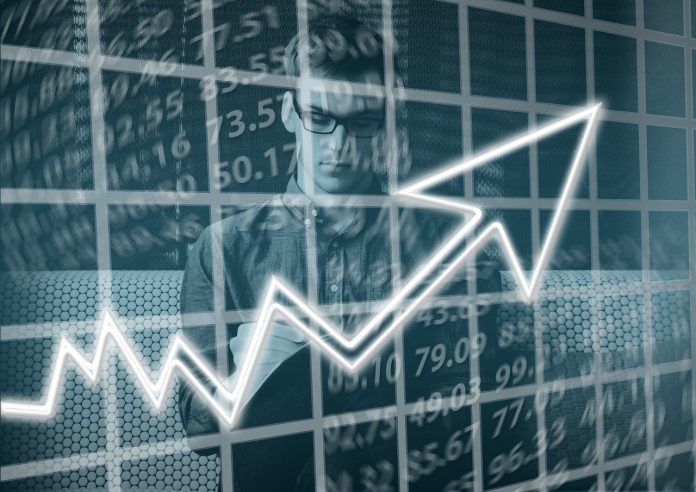 The cryptocurrency NEAR Protocol has managed to rise further amid the market-wide downturn. Is it still worth getting started?

“Show me a chart that looks better”

While most cryptocurrencies are currently falling, one coin defies the downward pull: NEAR Protocol (NEAR). The price action of the smart contract platform has it all: 208% profit based on the last 30 days, more than 48% growth within the last week, and even within the last 24 hours, NEAR could rise more than 18%. The enormous upswing has even brought the coin to a new all-time high of $ 9.36. This was achieved a few hours ago.

In the meantime, NEAR Protocol has retreated slightly and is trading at $ 7.46, a good bit lower again. However, it has not harmed the popularity of the blockchain project: NEAR Protocol is currently still one of the top trending coins on Coinmarketcap.com. That means: Extremely many people are interested in the crypto currency and are looking for it. The pseudonymous trader Livercoin commented on NEAR:

“Show me a chart that looks better, I’m waiting.“

If NEAR succeeds in maintaining the upward momentum in the face of the difficult market situation, NEAR Protocol could once again move towards an all-time high and beyond. But it is also quite possible that there will be increased profit taking after the intensive rally.

Regarding the reasons that may have triggered the surge: just recently, Illia Polosukhin, the co-founder of NEAR Protocol, was a guest on “The Pomp Podcast”. This is the podcast of the popular Bitcoin bull Anthony Pompliano. Speaking to Pompliano, Polosukhin explains his vision for NEAR Protocol-and how the project intends to move billions of people to blockchain.

Thanks to @ apompliano for having me on the podcast! Great to discuss the @NEARProtocol vision for the Open Web and how we can get to billion people on-chain.

Check it out here: https://t.co/AGyjXcC2LF

In addition,: Just last week, it was revealed that Aurora, an Ethereum scaling solution, has teamed up with Etherscan, the leading block explorer for Ethereum. Aurora allows projects built on Ethereum to leverage NEAR’s technology.

Check out the article below 🔽https://t.co/eIFnK6HtRW

What is NEAR Protocol?

We have already presented NEAR Protocol in this analysis including price forecasts. Simply put: NEAR Procotol is an open source platform that uses a proof-of-stake consensus mechanism (like Ethereum 2.0). NEAR is extremely fast and offers low transaction fees. The project has been in development since the end of 2018, and the mainnet was launched in October 2020.

Responsible for NEAR Protocol is a decentralized team of more than 90 developers and researchers. Many of them have already worked for large companies such as Google, Facebook or Microsoft. Also in favor of NEAR Protocol are the well-known names who are among the funders of the project: among them companies such as Coinbase and heavyweights such as Andreessen Horowitz (a16z).

However, not only large donors are working on the development of NEAR, but also numerous decentralized communities are taking care of the project. The goal: to make NEAR one of the leading infrastructure providers for Web3.0 and DeFi (decentralized finance).

Mdex adopts a new IMO mechanism to launch Demeter: empower MDX to be the...

Majority of Russians Acquire Crypto Instead of Traditional Assets: Survey