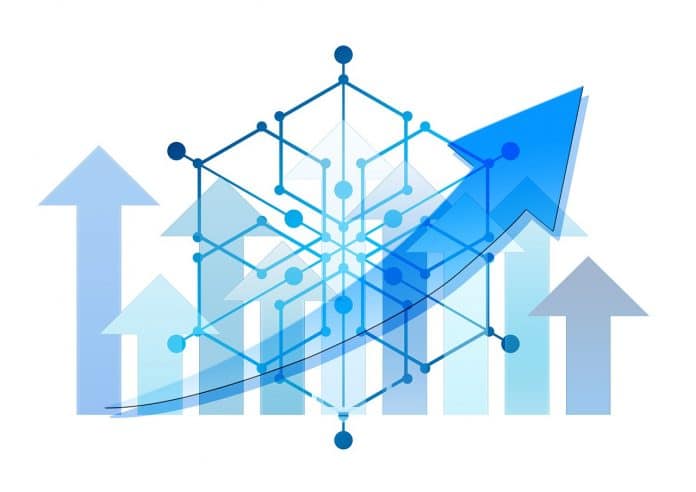 The cryptocurrency Neo (NEO) is almost something of a dinosaur among the coins of the top 100: invented in 2013 as “AntShares”, then rebranded to NEO in 2017-and just today the mainnet version 3.0 was launched. It should do a lot differently and better than before. But can NEO move to the old all-time high and beyond? Is the coin about to rally? Time for a forecast. We introduce NEO and say: What is NEO? Why is NEO special? Who invented NEO? And: What are the neo price forecasts for 2021 to 2028?

NEO was invented in 2013 as “AntShares”. The coin was China’s first public blockchain and was therefore long considered the “Ethereum of China”. in 2017, the name was changed to NEO – and NEO now wants to be the basis for the next generation of the Internet. To achieve this, NEO is trying to bridge the gap between digital and traditional assets: For this purpose, functions of everyday economic life are to be brought to the NEO blockchain via smart contracts.

In addition, the team is working on building a worldwide developer community and also runs the so-called EcoBoost initiative. This is intended to motivate people to develop decentralized applications and smart contracts on the NEO blockchain.

What improvements does N3 bring?

On August 2, the NEO team launched the mainnet of the third NEO blockchain version: the N3 version, first announced in 2018. This new version is intended to offer several features that extend the functionality of the NEO blockchain.

The developers bullish about the mainnet launch:

“It was a journey. Neo founder Erik Zhang first announced his intention to develop Neo 3.0 in July 2018. Since then, the world has changed significantly. The crypto markets have gone up and down. Blockchain fashions have come and gone. The entire industry has matured.

In all of this, however, we have a single goal in mind: to build the most developer-friendly blockchain.“

It has been quite the journey. We are truly thankful for all your contributions and are so proud of what we have accomplished together.

Now, the N3 version of the #Neo MainNet is here. pic.twitter.com/rrc0nnv2k4

On the one hand, N3 should be more performant and comprehensive, but on the other hand it should also offer a highly modular architecture and an improved governance and economic model. The developers emphasize: Even hobby developers will find everything in N3 to create dApps – at the same time, the blockchain should be scalable so that enterprise applications run optimally on it. Multi-language support and world-class tools would make N3 a “compelling choice” for blockchain developers.

A small disadvantage of this: Due to the scope of improvements in version N3, certain features are not backward compatible with the old neo blockchain (legacy). This means: the upgrade to N3 is implemented by a new Genesis block. This is similar to the transition from Ethereum to ETH 2.0: The neo blockchain with N3 will exist alongside the current neo legacy blockchain for some time. During this time, users can then move their tokens and apps to the new chain.

Existing NEO holders currently do not need to take any action to “move”their coins. Mass migration is scheduled to take place on September 1, 2021.

Version 3 of the Neo blockchain brings the following new features:

As the team promises, there will be appropriate promotions and promotions in the next few weeks to celebrate the launch of Neo N3 Mainnet and generate appropriate attention.

Why is Neo (NEO) special?

Neo (NEO) sees itself as an easy-to-use, scalable blockchain that provides developers with numerous tools to conveniently develop applications for the ecosystem. With its third iteration, Neo offers some special features, such as interoperability: Via a function called Poly Network, NEO can communicate with other blockchains and carry out transactions-with Bitcoin or Ethereum, for example. Also new is the built-in oracle function: This makes it possible for the NEO blockchain to tap external data sources to provide information in smart contracts (such as price information). With N3, NEO also introduces the decentralized storage NeoFS: Users can make their free space available and receive rewards in return. This is special because storing data on the blockchain is usually relatively expensive – which can become a problem for video-based applications, for example.

Also a special feature of NEO: Unlike other cryptocurrencies, NEO cannot be shared (although exchanges have now found their own ways to split coins).

Neo or AntShares was invented and developed by Da Hongfei and Erik Zhang. Both are chairmen of the Neo Foundation, which takes care of the further development of cryptocurrency.

Da Hongfei is a well-known personality in the cryptosphere. He is responsible for the first blockchain companies in China. His experience in blockchain and crypto is so extensive that even Chinese government officials are reportedly contacting him on related issues.

Erik Zhang, on the other hand, is a NEO core developer and has, for example, developed the “Delegated Byzantine Fault Tolerance”algorithm of the NEO blockchain. He has also played a crucial role in N3, the next version of the blockchain. He says about the differences of Ethereum and NEO:

“Ethereum wants to be a world computer that cannot be stopped, while NEO wants to serve the smart economy.“

NEO is currently trading at $ 43.23, down 77.98% from the all-time high of $ 196.85 reached on January 15. On August 2, Mainnet V3 was launched-and in the next few weeks, the NEO team promises a corresponding marketing campaign to publicize the launch. Whether this helps the coin to return to the all-time high? What do the 1-year forecasts or 5-year forecasts say about NEO?

It is quite possible that the forecast models have not yet taken into account the launch of the N3 mainnet, which has just taken place, and that the forecasts will be corrected upwards in the next few days and with the start of the announced marketing campaign.

Bitcoin looks strong – but “bearish divergences” cause for concern