XRP/USD investors have experienced many ups and downs over the past 12 months. After months of consolidation in the price range of $ 0.25, the price exploded to just under $ 0.8 with the start of the altcoin season by the end of November 2020.

But then followed a landslide price decline, which probably caught many investors unprepared. The US Securities and Exchange Commission (SEC) brought charges against Ripple. The allegation is, among other things, that the company has violated its information obligations.

Specifically, large quantities of XRP were sold without informing investors. The SEC argues that XRP should be classified as a security under American law and that there is a legal violation of the duty to provide information. A $ 1.3 billion settlement is in the offing.

The news triggered a correction of XRP / USD to lows of around $ 0,17. In addition, some crypto exchanges, such as Coinbase, announced that they would suspend trading with XRP on their platforms. The prosecutor and the defence are still fighting each other without the final verdict being foreseeable.

Despite the unclear future for XRP, the price has recovered spectacularly in recent months. At its peak, the rate reached almost $ 2 in value in May 2021. This enabled the share price to increase more than tenfold within five months.

However, the recent correction in the crypto market has also pushed the XRP / USD price down. Currently, the altcoin is trading at just under $ 1, 50 percent below its May peak.

So is this a good time for investors to buy XRP? Or should investors rather stay away from this investment because of the allegations hovering over the company? A current market assessment and price forecast for XRP.

What distinguishes the cryptocurrency XRP?

The digital currency XRP is issued by the Ripple Foundation. Ripple is designed as a peer-to-peer network for payment transactions and wants to create an easily accessible transaction system regardless of country borders and different currencies. 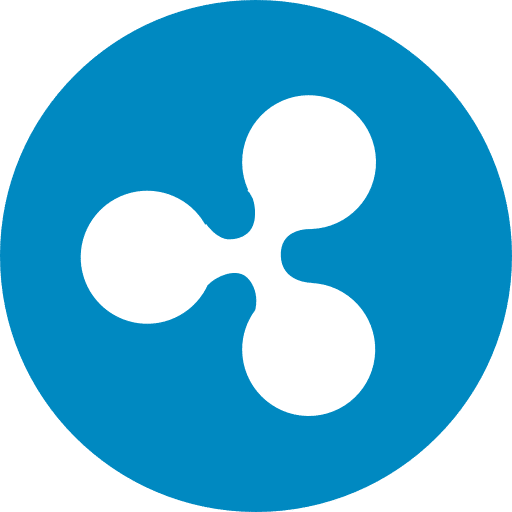 In contrast to most other cryptocurrencies such as Bitcoin, XRP does not want to create a complete replacement for the previous monetary and banking system, but only develop it technologically. Accordingly, XRP is often referred to as a “bank coin” and Ripple works closely with the classic financial institutions through many worldwide cooperations.

Well-known partners include Santander Bank, Western Union and American Express. Through the cooperation with Ripple, they promise to streamline their administration in the financial business and save transaction fees.

With each transaction, a user’s original means of payment is converted to XRP and then transferred to the recipient. There, it can then be converted back into the national currency without incurring losses due to currency fluctuations.

However, there is a minimum transaction fee of 0.00001 XRP. In addition, the payments are subject to the currency fluctuations of XRP itself. If the price changes during the transaction, this can lead to an increase or decrease in value for the recipient. Thanks to the fast transaction times of a few seconds, the fluctuations should be significantly smaller than with conventional SWIFT transfers.

All transactions that are processed in the network should be stored in a public register for traceability. This also includes so-called promissory notes of the users, which record how high the liabilities of one person towards another person or institution are.

Another difference to other cryptocurrencies is that there are no miners here who “mine” new XRP. The entire stock of XRP is already in circulation, with much of the XRP owned by Ripple Labs, the company developing the Ripple network.

How do experts and analysts see the future for XRP?

For many market observers, the SEC procedure is the tip of the scales for the future of XRP. If the process is lost and further sanctions are imposed on Ripple, experts believe this could drop XRP’s price into the ground. In the worst case, it could lead to a complete stop of trading in the cryptocurrency, which could ultimately lead to the death of XRP.

Critics also complain that the business activities of Ripple’s top management are opaque and that promises to investors have not always been kept in the past. For example, it is criticized that much of the XRP is still in the hands of Ripple itself and has not been circulated to users as originally announced.

With regard to the SEC’s indictment, the accusation of a personal enrichment of the Ripple tip is also in the room. The accusation of deliberate XRP price manipulation on the part of Ripple is also cited by critics.

On the other hand, there is a large following of Ripple who celebrate that payment system with XRP as being particularly innovative and forward-looking.

Should Ripple ultimately prevail in the legal dispute with the SEC, this could lead to an enormous reputation gain for XRP and further cooperation with well-known companies in the financial sector.

In addition, a price explosion of XRP / USD would be expected in this case, which could lead the price far above this year’s high of just under $ 2 and possibly even into spheres of the all-time high of 2018 at just under $ 4.

In the current bull cycle, XRP / USD has seen a significant price jump despite the SEC lawsuit:

Which course for XRP is possible in the future?

Currently, XRP / USD is already back in an uptrend and has already risen by almost 50 percent from recent lows at $ 0.7. In addition, a potentially bullish double-bottom formation appears on the 1-hour candles. If the breakout succeeds above $ 1.1, XRP / USD could climb to $ 1.5 in the short term.

The analysts of Wallet Investor are rather cautious about the long-term forecast of XRP/USD and no longer expect new highs until 2022, but rather consolidation.

Optimistic to the evaluation of digitalcoinprice.com falls. They expect XRP / USD to increase to more than $ 2 by 2023 and could rise to just under $ 5 by 2028.